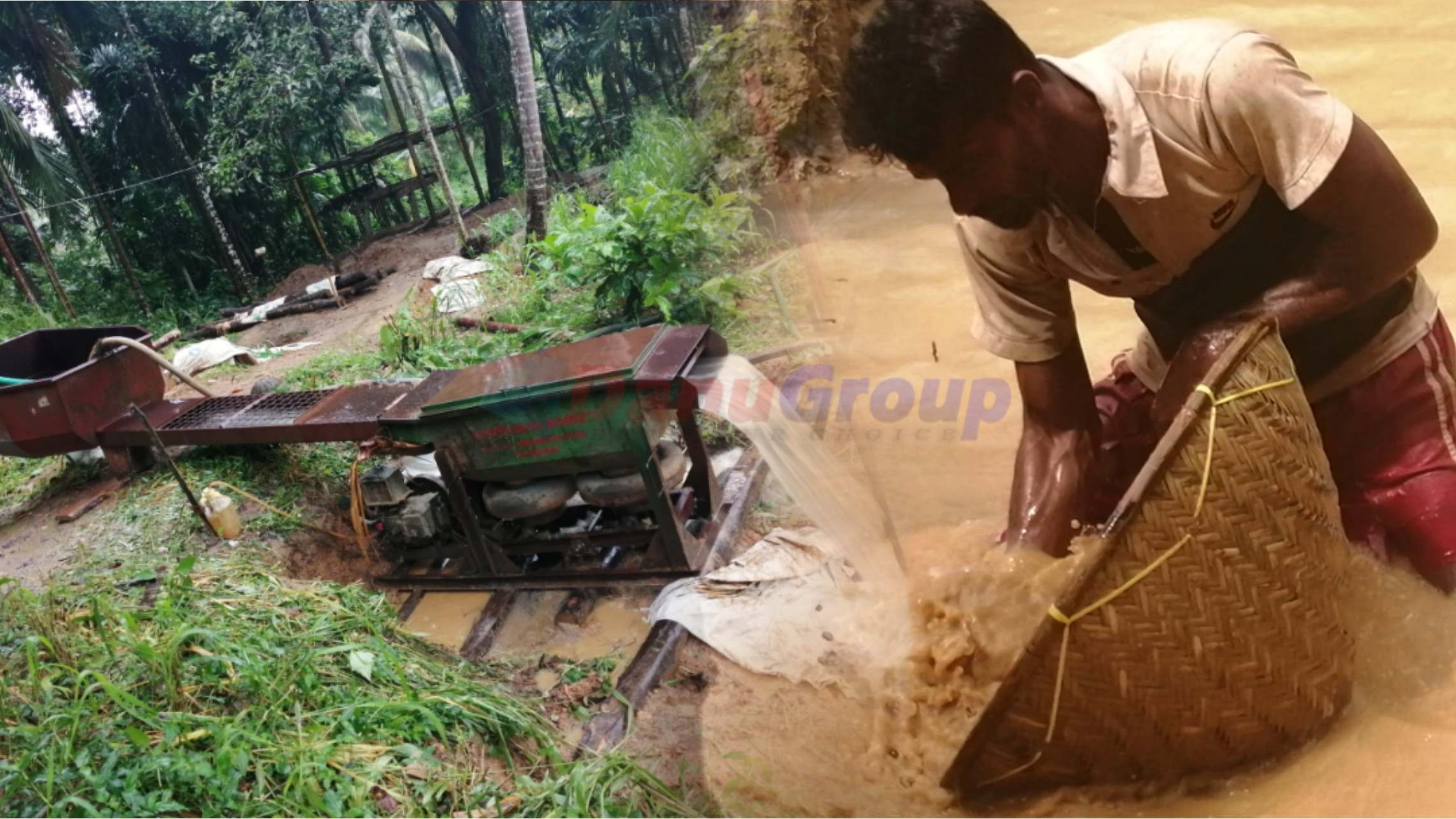 Mining on the island of Sri Lanka goes back at least 2000 years. We have our own heritage in the mining arena. Our island is called Gem Island & also “Ratna Dweepa” because of the large variety of gems found here.

Rubber timbers and Areca timbers are used to make tunnels in the underground. Rubber timber is durable enough for using a long time. Some Tunnel mines are worked for more than 4, 5 years.

Miners attach wire-fern on tunnel walls for stopping soil erosion. It also helps to keep the temperature in the underground.

There must be best-experienced gem miners for setting tunnels as safety.

Mining on the island of Sri Lanka goes back at least 2000 years. We have our own heritage in the mining arena. Our island is called Gem Island & also “Ratna Dweepa” because of the large variety of gems found here.

To visit Sri Lanka is to experience one of the great gem sources and trading centers in the world. Traveling in Sri Lanka, you realize it is a large island with very diverse environments. Gemstone mining in Sri Lanka is mostly from secondary deposits. The gravels yield sapphire, ruby, cat’s-eye, chrysoberyls, spinel, garnet, beryl, tourmaline, topaz, quartz, and many other gemstones. This oxide of aluminum complex produces the most expensive and most sought-after colored gems of Sri Lanka. Besides the well-known Pangaea, which existed about 300 million years ago, there were several other supercontinents in Earth’s early history. Their assembly and breakup cycles helped form most of the world’s gem deposits. Some of these cycles are directly related to gem formation in Sri Lanka.

Ratnapura is a major city in Sri Lanka. It is the capital city of Sabaragamuwa Province, as well as the Ratnapura District, and is a traditional center for the Sri Lankan gem trade.

It is located on the Kalu Ganga in south-central Sri Lanka, about 101 km southeast of the country’s capital, Colombo. The name ‘Ratnapura‘ is a Sanskrit word meaning “city of gems, මැණික් නගරය “, from the Sanskrit words “ pura පුර” (town) and “රත්න ratna” (gemstone).

Most people of the town depends on the gem trade, gem mining. Gem pits common sites in the surrounding area. Most large-scale gem businessmen of Sri Lanka operate from Ratnapura. There are considerable numbers of foreign gem traders in the city too who have recognized the value of the gems. Among the foreign traders, Thai (Thailand) traders, Currently Chinese Traders are in the majority.

Every day, a large number of traders from suburbs and other towns gather in the town center to sell or buy gemstones, that places called ” abagahayata අඹ ගහ යට“, ” in front of Clock Tower” and ” demuwawatha“.

Most rough gemstones are buying and selling mostly In front of the clock tower and amba gaha yata ( අඹ ගහ යට). Demuwawatha is a place of gem cutting and finishes stones trading place. Large-scale merchants collect gemstones from locals and sell them in the international market. Some traders go out of the city to buy gems. This includes neighboring towns like Kalawana, Bogawantalawa, Nivithigala, Heraniyawaka, and Ela-hera

Nivithigala Rough Gem Market: Regular Gem Businessmen come here before visiting Ratnapura market around 06:30 AM for the purpose of buying rough gemstones which were mine in nearby mines. It is a very popular rough gemstones market in Sri Lanka.

There are so many gem mines around the area. Sapphire is a popular gemstone Can be found in Nivithigala Area. We at Danu Group mostly buy Blue Sapphires and yellow sapphires from this area for your fine Jewels. Nivithigala is a city surrounded by a number of mountains. Most of the people in the area are depends on the gem mining industry.

Among mountain in Nivithigala area, the “kiribathgala” is a special mountain filled with bio Variety. Lots of mines are deep and include tunnels. When we go to Nivithigala, We can see a lot of mines located in Paddy Fields.

Sri Lanka’s long history and culture in gem mining and faceting have long given life to an artisan culture, which still sustains the skills required to maintain a winning industry. Sri Lanka has been well known as a high-quality cutting and polishing destination with competitive pricing and still maintains a reputation as one of the best cutting centers for service cutting in the world. A skilled cutter can make slight angle adjustments to the table to achieve a fine color with a higher weight yield.